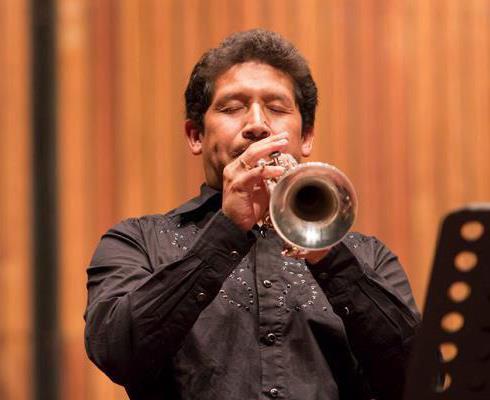 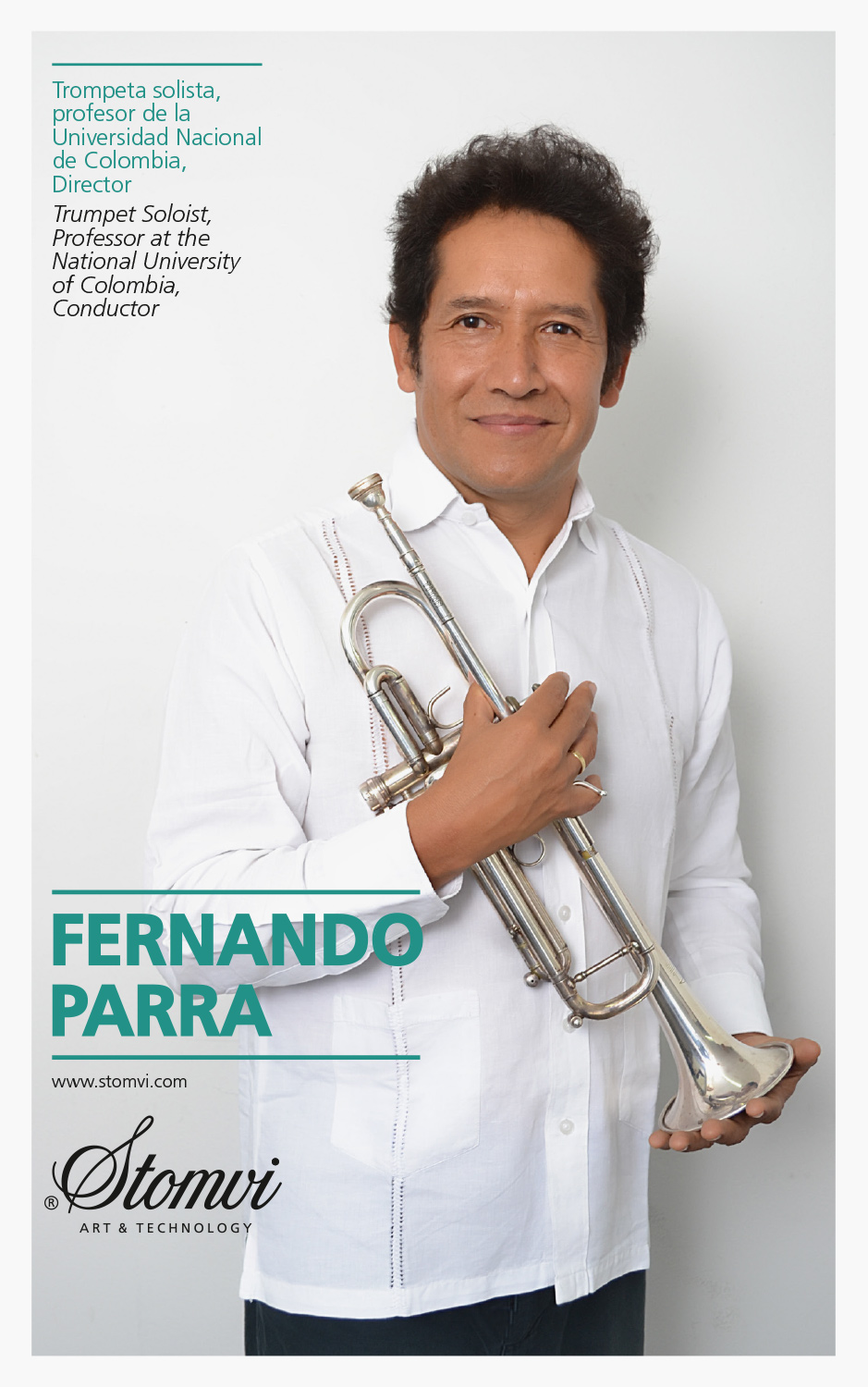 Trumpet Soloist, Professor at the National University of Colombia, Conductor

In 1994, he won the I national trumpet competiton, organized by the Frenchembassy, been awarded with a scholarship to study a Trumpet and Chamber Music Performance course with Eric Aubier and the Maestro Poullot, earning Gold Medals of the Conservatoire à Rayonnement Régional de Rueil-Malmaison and le conservatoire de Montreuil.

He has been teacher in the Andes University, Javeriana, Pedagógica, ASAB, Central and Del Bosque. He has been involved with the Culture Ministry in their advising programmes of the Band National Plan, imparting trumpet workshops in several cities of Colombia. His students hold important positions in professional symphony orchestras and in teaching positions. Furthermore, he has organized the 2nd 3rd and 4th Eric Aubier National trumpet competition in which, thanks to the French embassy, their winners have obtained scholarships to travel to France and study with the Maestro Aubier.

In November 2011 he organizes the 1st Stomvi Trumpet Seminar in the Colombia National University, organizing as well the 2nd edition in 2012.

Since 2000 he is teacher of the Colombia National University in the specialty of Trumpet, and conduct the Brass ensemble of the Conservatorium and Symphony Orchestra of the Basic Musical Studies program Collegium Musicum. He is the artistic director of the Teatro de Bellas Artes “El goce Divino”, in the Mesa- Cundinamarca, starting an Art decentralization project to the Colombian province in moments of national reconciliation; for that he specializes himself in 2017 in cultural management emphasizing in cultural politics.