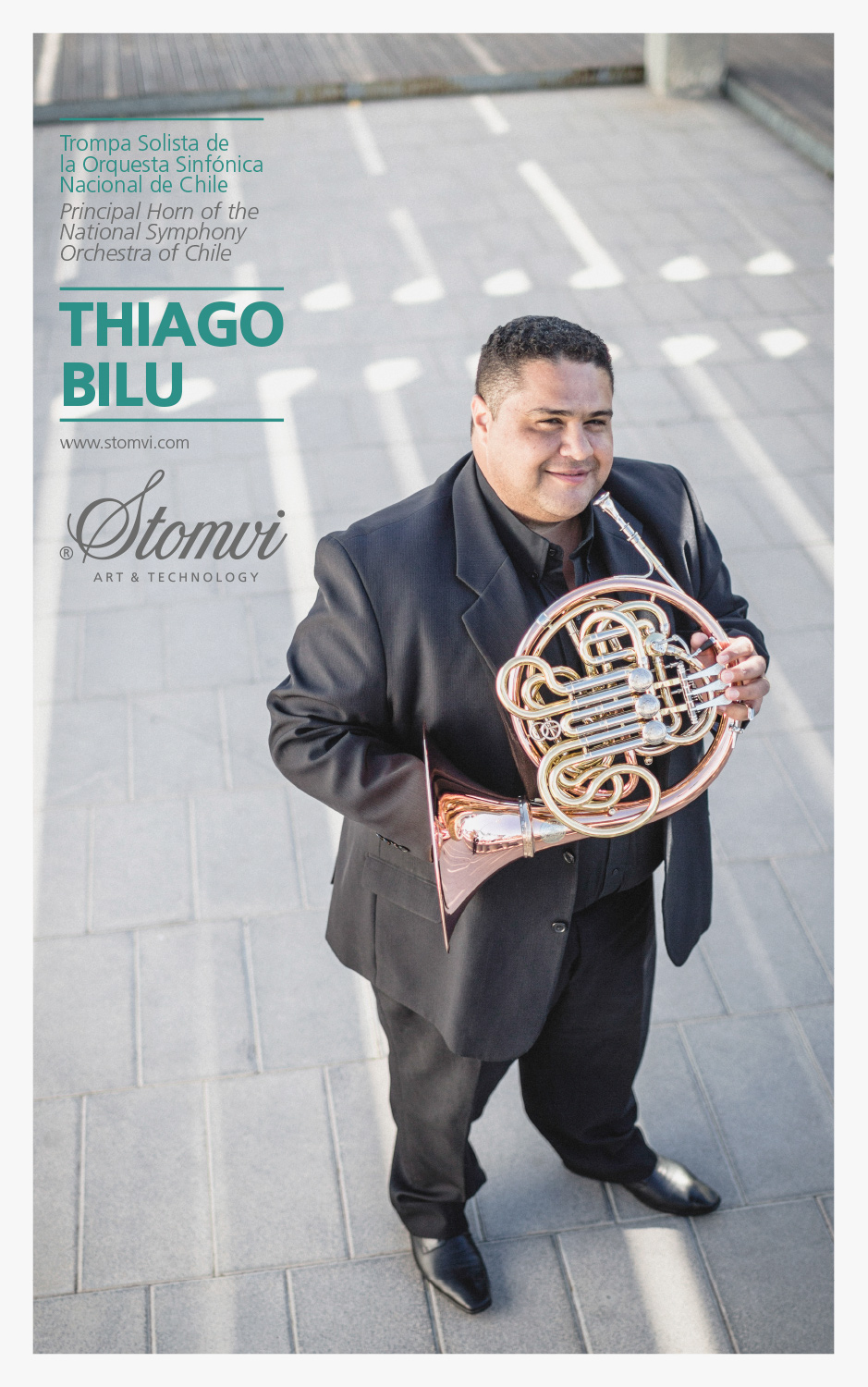 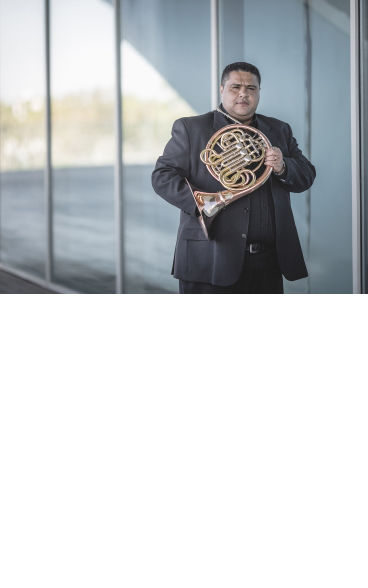 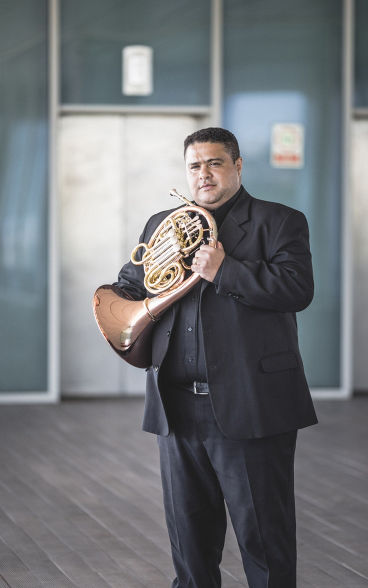 Principal Horn of the National Symphony Orchestra of Chile
Born in Santos (Brazil), he began his musical studies at nine with his father. In 1994 he began studying French horn with Professor Marcelo da Silva. In 1995 and 1996 he went on to study with Professor Ruben Santos (Symphonic Band of Cubatão). In 2002 he returned to take classes with Marcelo da Silva, with whom he continued studying until 2005. From 2006 to 2013 he was a student of Baccarelli Institute (Sinfônica Heliopolis) with Mario Rocha.

As a professional musician, he began his career in 2005 in the Symphonic and Marcial Bands in Cubatão. He was member of the Heliopolis Symphony Orchestra as principal horn performing, in 2010, his first European tour through Germany, Holland and England conducted by Maestro Roberto Tibiriçá. With the same orchestra, he performed with musicians like Joshua Bell, Leonard Elschenbroich and conductors as Julian Rachlin, Peter Güilke, Yutaka Sado and Zubin Mehta.

As a teacher, he worked in the Symphony Cubatão Project in 2008 and as coach of the horn section (Youth) in the Baccarelli Institute.

He is currently principal horn in the National Symphony Orchestra of Chile and member of the Stomvi Staff.