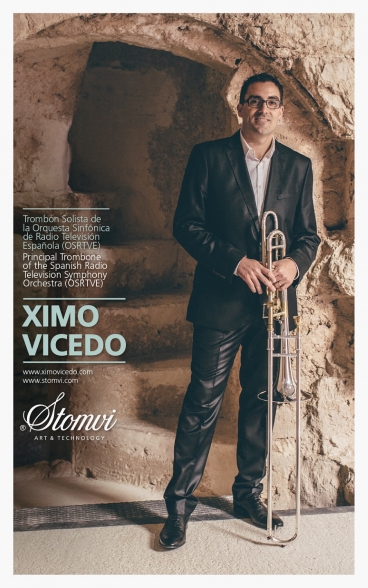 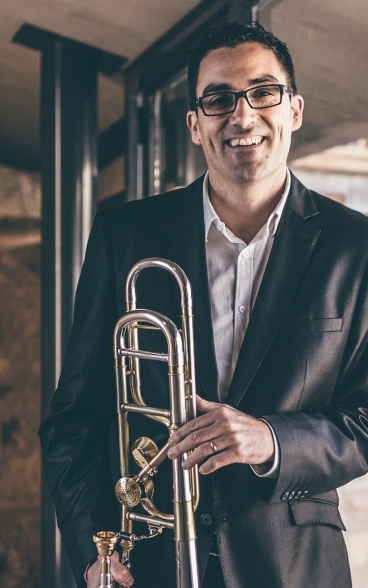 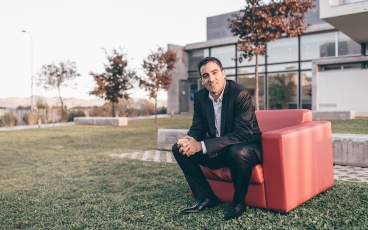 He has an unsurpassable sound with an ability and freedom that can only be boasted by the greatest trombonists in the world. He has played with the Cadaqués Orchestra, Orchestra Mozart, Mahler Chamber Orchestra and he is a Principal in Spanish Radio Television Symphony Orchestra (RTVE)

On his passion about Pedagogy and Education, he has been invited regularly as professor to different Spanish youth orchestras and he gives master lessons and recitals all around Spain, Portugal, Italy, Mexico and Colombia. He has been a teacher at the Higher Conservatory of Aragón from 2002 to 2013.

Together with the Venezuelan trumpet player Francisco “Pacho” Flores and the Spanish piano player Pepe Gallego, he has formed a perfect mix that incorporates to traditional music elements achieved skills throughout his career as an academic musician.

His career as a soloist is short. Nevertheless, his repertoire is wide and his professional experience is admired by many composers who, nowadays, create pieces to be played by Ximo.

Apart from his soloist career, Ximo Vicedo is a professor and a creator. He is committed to the investigation and development of the trombone, in order to offer the highest quality in the instrument’s production and to improve its execution. He carries this out with the Spanish brand Stomvi and the Higher School of Music Katarina Gurska.

In his curiosity about the investigation and technical innovation of the instrument, Ximo is an important co-worker in the trombone’s design, working with Don Vicente Honorato in the Stomvi Factory, being one of the most recognised brands in the fabrication of musical instruments. That has given him the opportunity to create his own project “Entre Varas”, which produces different trombones that offer the public a wide range of colours and shades and that sets the trombone up as an instrument that recalls the human voice.

Ximo Vicedo’s work, talent and effort make him worthy of important awards, but his first CD as soloist “Lo soñado” is the highlight of many years of hard work and dedication that have led to his first album which can be summed up as “the sound of his dreams”.

Ximo Vicedo has been honoured with the “Ciutat de Castalla a les Belles Arts 2013 Award”.