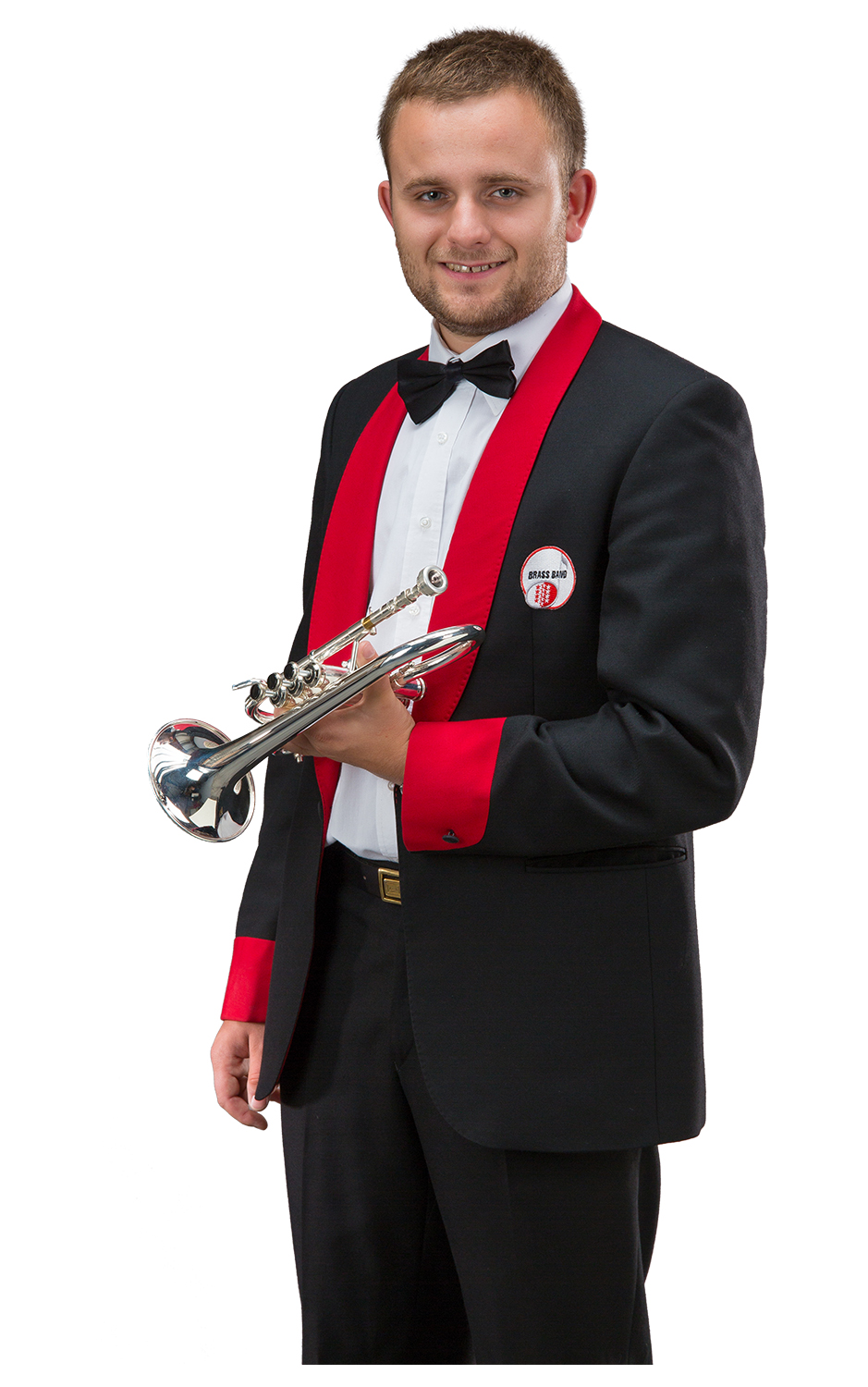 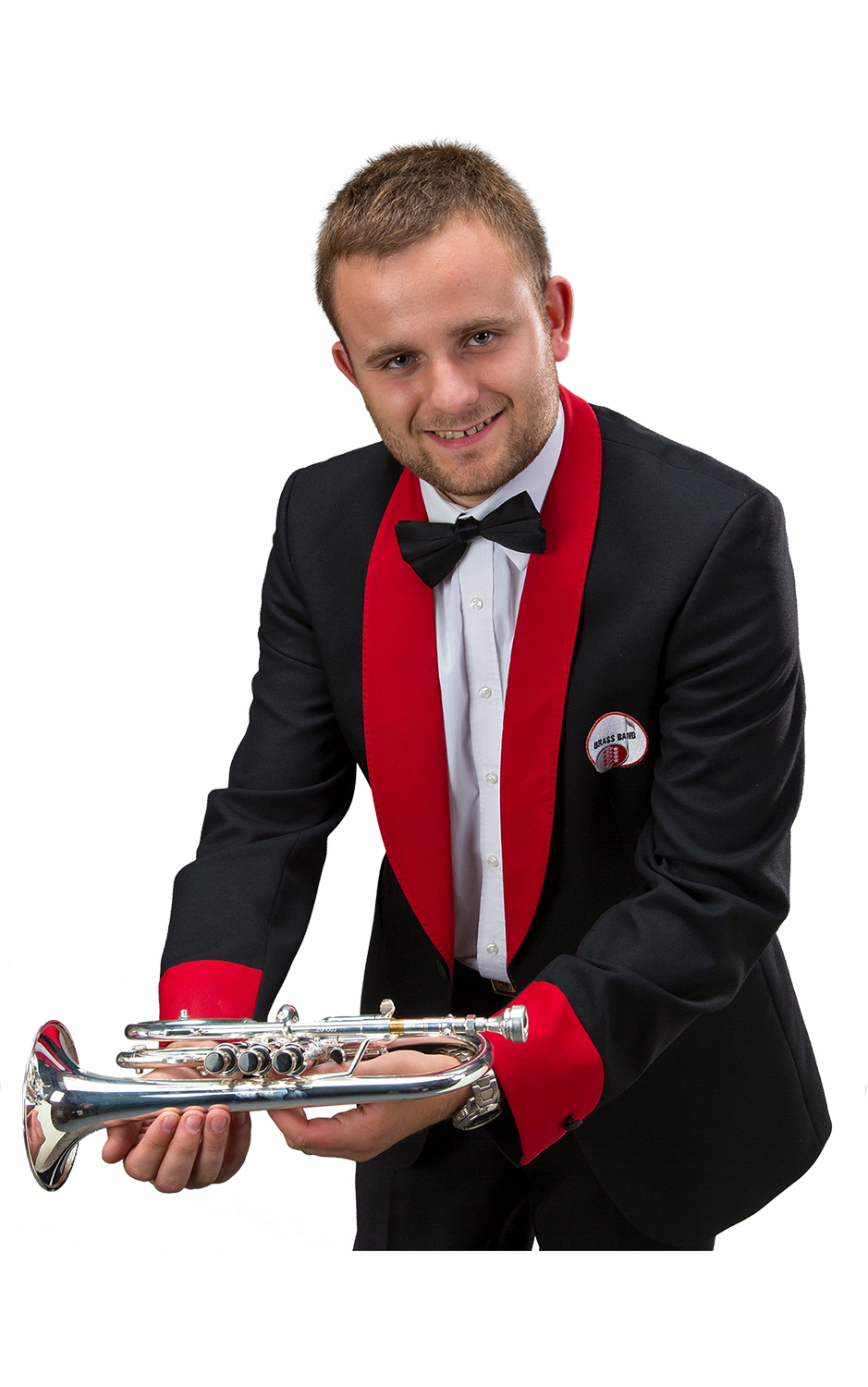 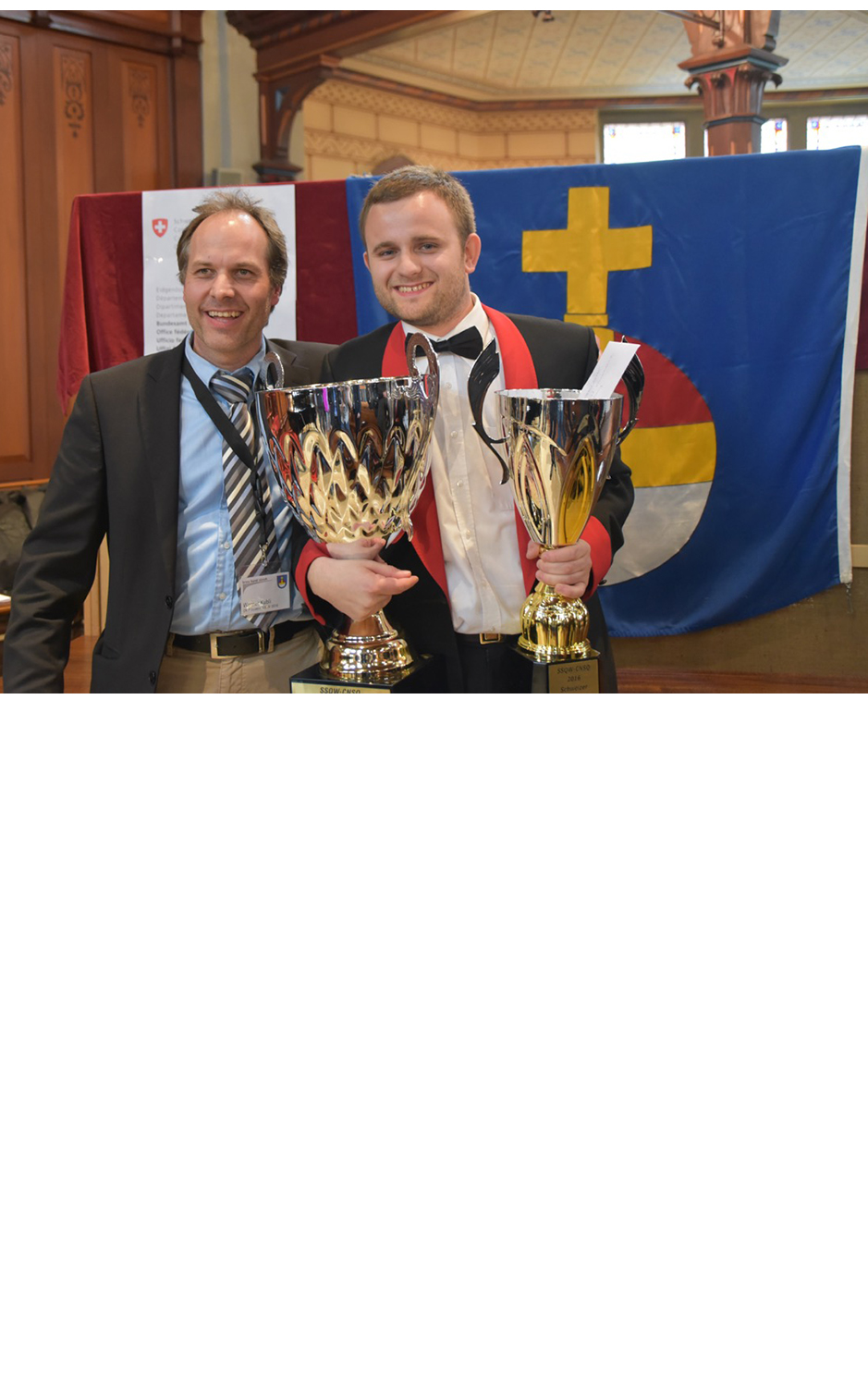 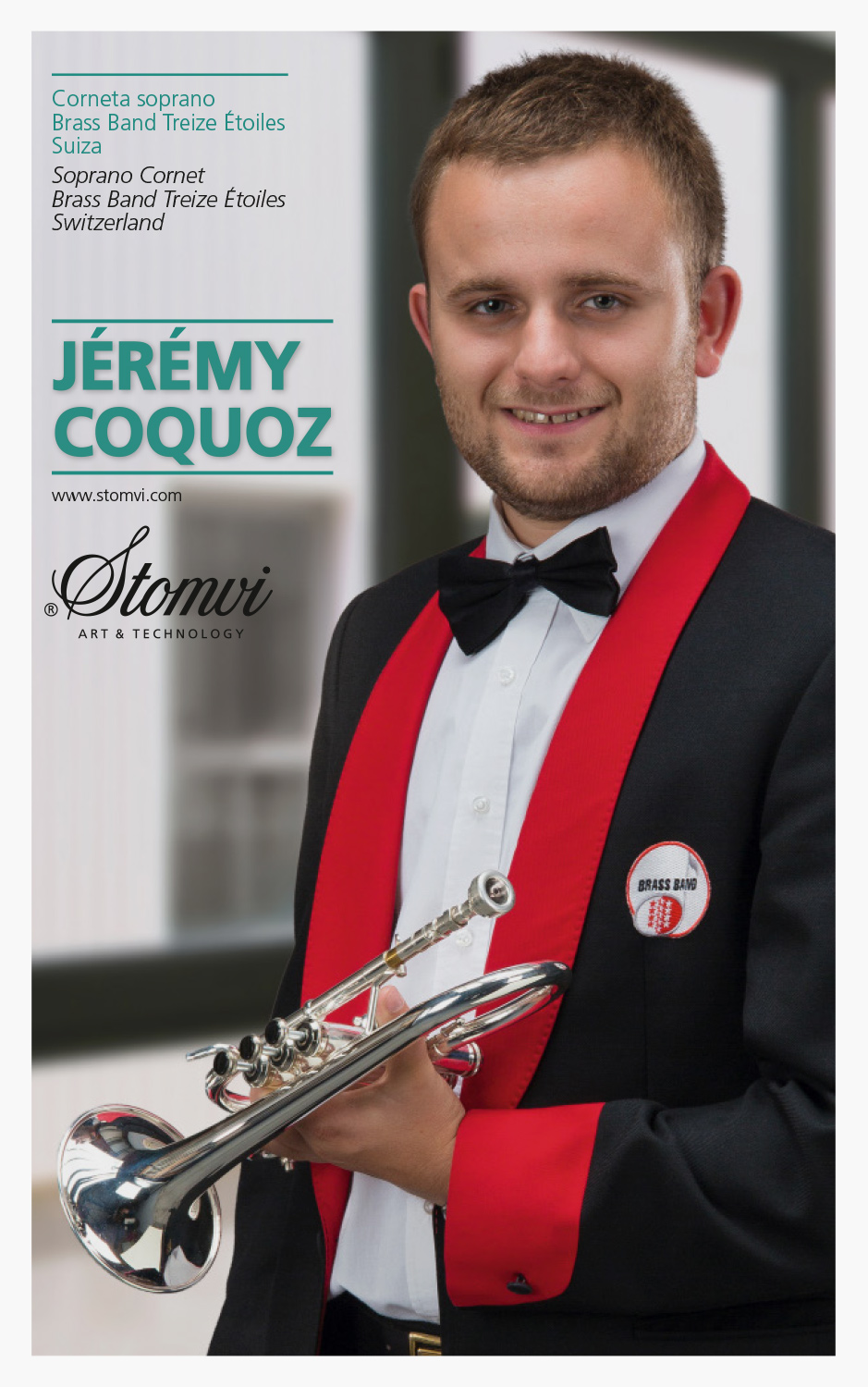 
Jérémy Coquoz was born in Bagnes, Switzerland, in 1995. He has been playing the soprano in the Brass Band Treize Étoiles since 2012.

Member of a musician’s family, Jérémy begin the cornet at 9 years old by taking courses with Mr. Géo-Pierre Moren. He has been awarded with many prizes during his musical career, including three times Swiss soloist champion (2014-2015-2016), and won the European soloists championship in 2016, held in Lille (France).

He entered the young section of the Brass Band Treize Étoiles at age 11 and joined the A-Band four years later. After one year playing solo cornet, he took the soprano chair, which he is currently holding.

He has been playing with several other formations, including the Swiss National Youth Brass Band (as principal cornet), Paris Brass Band, Hauts-De-France Brass Band and Leyland Brass Band (GB).

In parallel of his musical activities, Jérémy is studying Economics at the University of Lausanne.

Since 2015, he has been playing on a Stomvi soprano cornet, model Titàn; Jérémy participated in the decision process of the main characteristics of the cornet for the Swiss market. He is also using Stomvi Bb and piccolo trumpets.