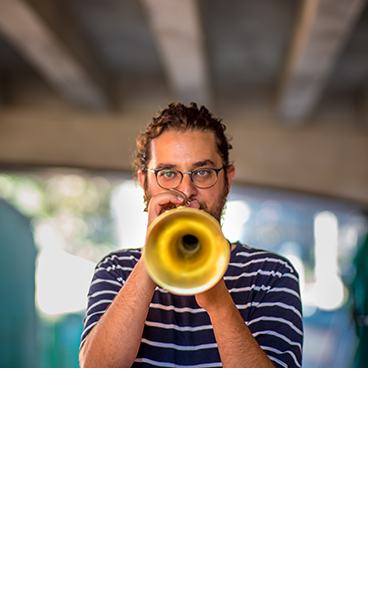 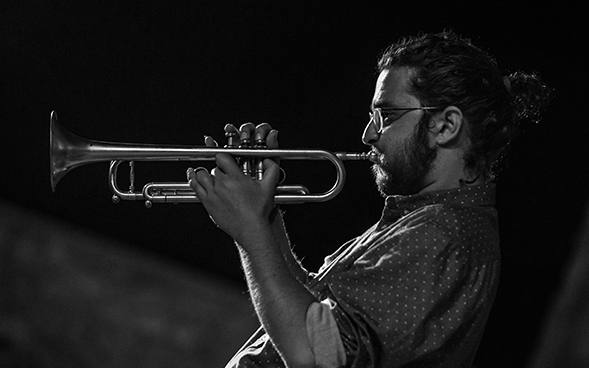 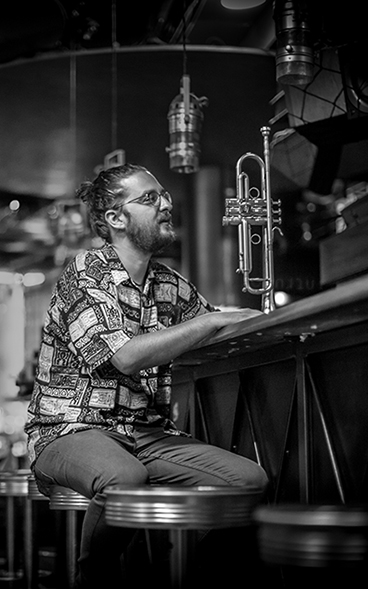 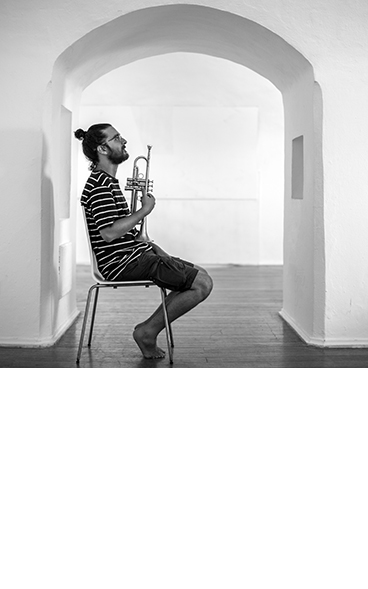 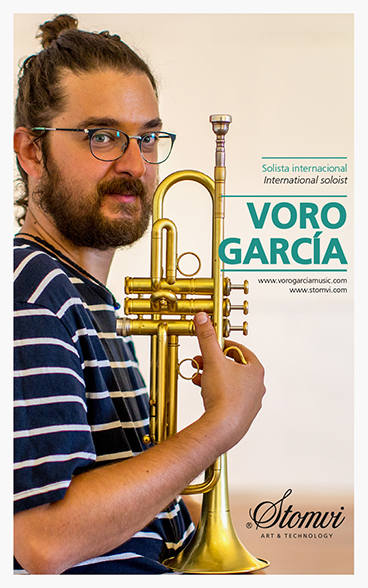 
He started playing the trumpet at age 8 in the band from his hometown, Sueca (Valencia). He continued his studies at the Luís Milán Conservatory of Xátiva where he obtained the middle degree. In 2005 he was awarded a scholarship to study Jazz and modern music at Berklee College of Music (Boston), where he would graduate magna cum laude in 2007. There he studied with Joe Lovano, Greg Hopkins, Ellis Marsalis, Dave Douglas, Hal Crook, Ed Tomassi, George Garzone, among others. In 2008 he won the II Contest of Young Musicians of the UPV of Valencia to the best soloist. Currently he lives in Valencia.

"Reality Shaw" recorded in 2015, is a co-production of Voro Garcia and Toni Belenguer on the trombone, tribute to the figure of trumpeter Woody Shaw, with Alberto Palau, Toni Vaquer, Max Ridley, Ruben Carlés and Santi Colomer.

The last project "Live at Jamboree" was recorded live in the club Jamboree in Barcelona in August of 2017. It reunites to an international quintet, as Chris Cheek on the tenor saxophone, Peter Bernstein on the guitar, Dee Jay Foster on the double bass and Jorge Rossy on the drums.

As a teacher, he has taken a one-year improvisation course and big band workshop at Jaume I University in Castellón (2007). The same year he taught classes in combo and modern harmony in Sedajazz. He has collaborated as guest professor at the Permanent Jazz Seminary of Pontevedra in 2008 (coordinated by Abe Rábade and Paco Charlín). The same year he performed with Carlos Lopez and Oscar da Graça a master-class on improvisation at the Conservatory of Music of Santiago de Compostela. In 2011 and 2012 he was invited as professor of the Professional Course of Jazz Instrumentalist at the Music Conservatory of Jobra (Porto, Portugal). In 2012 he gave trumpet lessons at the international jazz seminary of Alhaurin de la Torre (Málaga) along with other teachers such as Peter Bernstein, George Garzone, Bob Gullotti. Since 2011 he is a teacher of the jazz workshop of Avinyó (Barcelona). In August of 2014 he taught at Jazz-it-up in Macao (China).

He is currently a trumpet teacher at the Conservatorio Superior de Música de Valencia and the Creative School in Madrid.