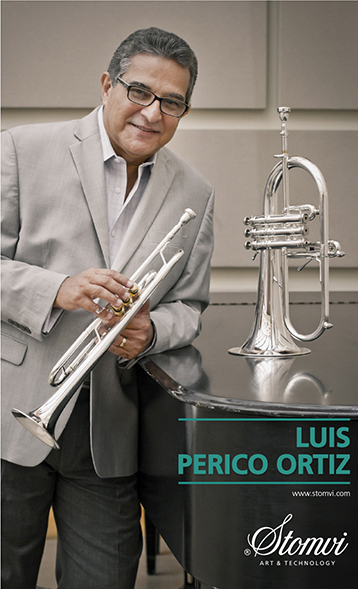 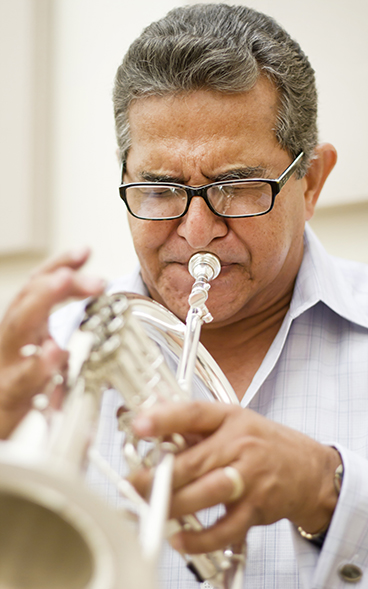 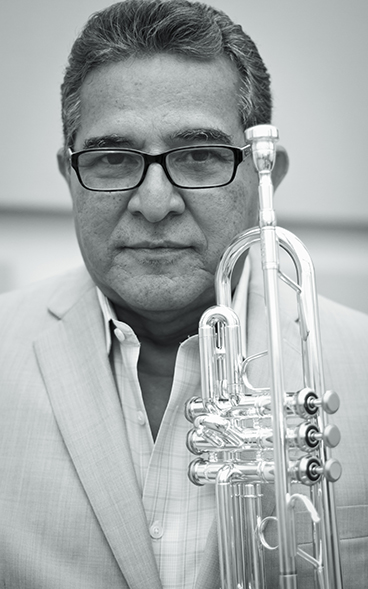 He was born in Santurce, Puerto Rico, in 1949. His interest for music started at the young age of five. He studied at the Free School of Music, Conservatory of Music and University of Puerto Rico. He moved to New York in 1970 to continue his studies and develop his artistic career. Over the next twenty-five years he is one of the best trumpet players in Latin America, arranger, composer, entrepreneur and producer for the Latin American market. He currently resides in Puerto Rico and presides over his musical company LPO EVENTS, PSC.

1970-1976 - He works as trumpet player, arranger, composer and producer for Tito Puente, Machito, Mongo Santamaría, Tito Rodríguez, Fania All Stars and all their artists.

1977 - He made his first solo recording under the label Turnstyle (subsidiary of Latin Percussion          Corp.)

1981-87 - Recognition granted in 1981 by the Association of Concert Writers (ACE) as best interpreter of Salsa / Caribbean Music, shared with Julio Iglesias. In the year 1982 again receives recognition of the ACE like Better Orchestra of New York. During the summer of 1987 he writes and directs the soundtrack of the film "Mondo New York" in collaboration with the Maestro Johnny Pacheco.

1994 - He establishes production relationships with Disney Corp., Buena Vista Television (California), There Goes The Neighbourhood and Quincy Jones Office. For Disney Corp. he produces part of the music of the television special "Christmas in the Americas". For the Quincy Jones office, he produces fragments for the historic "Summit of the Americas" event for 34 presidents and dignitaries of the Western Hemisphere. These projects were televised to hundreds of countries simultaneously.

1998 - Produces an instrumental CD containing works of the genre of Bolero, Cha-Cha, Jazz-Pop and Salsa. The CD is titled "EMOTIONS". Concert and meeting of all its main singers in the Luis Muñoz Marín Amphitheater during the Bacardi World Salsa Fest '98.

1999 - During the month of March he appeared with Arturo Sandoval in a big concert. It is the first presentation of both in Puerto Rico. They had already performed together in the United States and Europe (North Sea Jazz Festival * Holland).

2000 - He publishes his first solo album in digital format, My Own Image, originally under the label Turnstyle Records, to Martin Cohen Company (Latin Percussion).

2004 - He teaches for the Conservatory of Music in ​​the first Bachillerato of jazz and Caribbean music. He teaches a Latin Jazz Combo course and a Master Class for musical language development, form, analysis and composition and interpretation.

2005 - He produces, arranges and composes the soundtrack of Jacobo Morales television film, "Pa' eso estamos". He also produces the CD-DVD of the film. For the second consecutive year he is designated as one of the musical producers of the long-awaited Christmas work of Banco Popular.

2007 - Perico is officially named Artist in Residence by the Conservatory of Music of Puerto Rico for the Department of Jazz and Caribbean Music with Eddie     Gomez and David Sánchez.

2008 - He is invited to be the Principal Speaker during the exercises of the Forty-fifth Graduation of the Conservatory of Music of Puerto Rico. A great honor for "Perico" since he studied there and his dream was to be able to see Latin music and Jazz in the Conservatory. If Pablo Casals saw it !!!
In addition, he is commissioned by the Autonomous Municipality of Carolina to be the Musical Advisor and Artistic Director of the new GIANT MUSIC PLAZA inaugurated in June 2008 and the International Jazz Festival of Carolina 2008 celebrated in August.

2009 - He first visited Peru where he performed at the acclaimed Chimpum Callao Festival in front of an audience of 42,000 people.

2010 - In January he was honoured during the 40th Anniversary of Calle San Sebastián with the San Sebastián Award for his achievements together with Roberto Rohena. In November he visits New Mexico for the first time, as a Guest Artist of the New Mexico Symphony Orchestra by Dr. Mariano Morales.
In December, after almost a year of hard work in music, Luis was the composer (11 tracks), arranger (9 tracks) and Artistic & Musical Director of the most important concert of his career: the Inaugural Concert of the Carolina’s Museo del Niño. He conducted a Symphonic Orchestra with a Choir of 30 voices (youth and children) and a dance body of a total of 56 dancers of the School of Fine Arts.