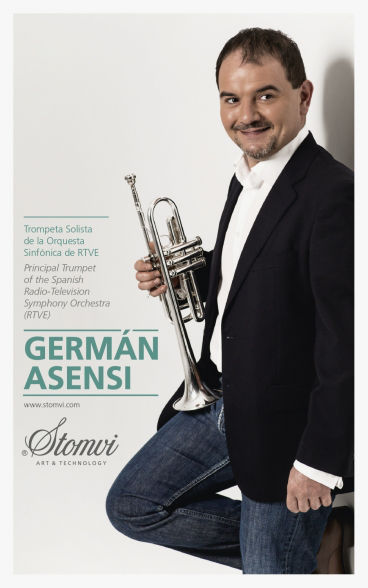 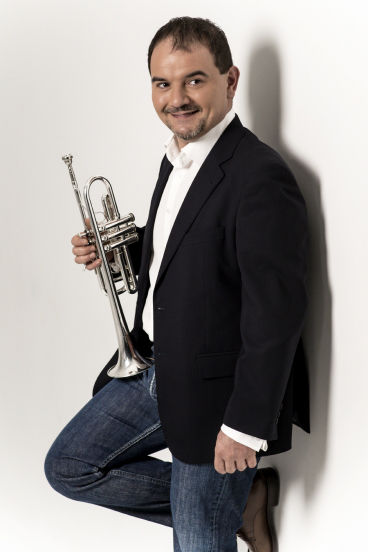 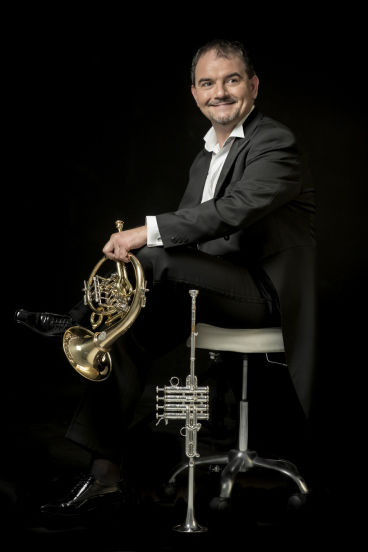 Principal Trumpet of the Spanish Radio-Television Symphony Orchestra (RTVE)
Germán Asensi is considered one of the best trumpet players of his generation. He graduated with an Honour Award, completing his training with the most prestigious professors and conductors of the moment.

In his already great career, he has been invited to collaborate with leading orchestrassuch as the National Orchestra of Spain, Valencia Symphony Orchestra, Cordoba, Asturias, Madrid Symphony Orchestra and Community of Madrid, among others. As a soloist, he has performed with the highest level orchestras such as the Spanish Radio Television Orchestra (RTVE), Reina Sofia Chamber Orchestra, Joennsu City Orchestra, Finland and Orchestra Excellence. He has also performed in some of the Spanish main auditoriums as the National Auditorium, Juan March Fundation, Zaragoza Auditorium, Thyssen Museum, Royal Palace, Royal Academy of Fine Arts of San Fernando, Concert Society City of Barcelona and the main Cathedrals of Spain.

He has taught at the Conservatories of Alcala de Henares, San Lorenzo del Escorial, being regularly invited to teach advanced courses around Spain.

He is currently the principal trumpet of the Spanish Radio Television Symphony Orchestra and professor at the Higher School of Music Education Katarina Gurska in Madrid, activities which he combines with his concerts with the “Corno da Caccia”, a little unknown instrument that he has been promoting for some years thanks to a close collaboration with the Spanish factory of brass instruments STOMVI.