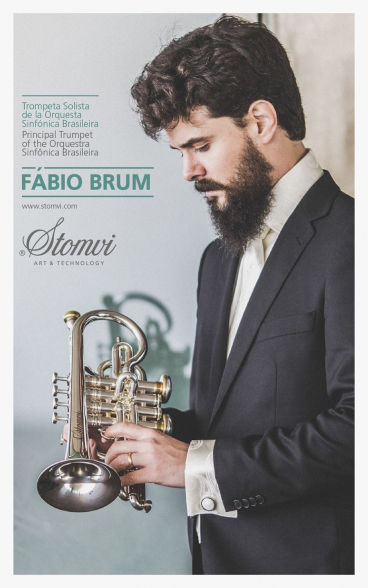 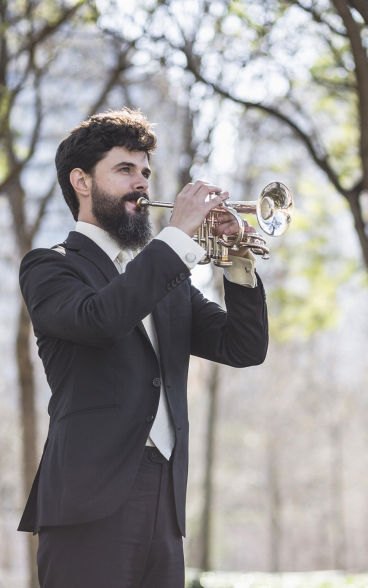 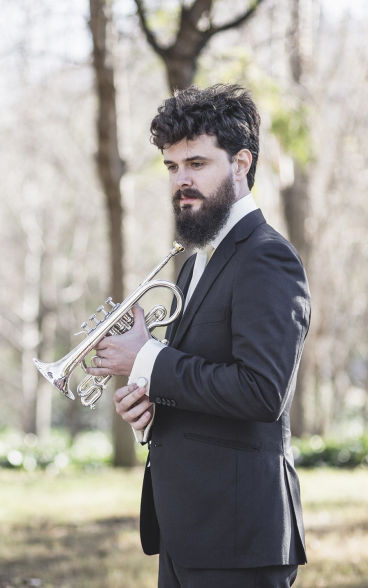 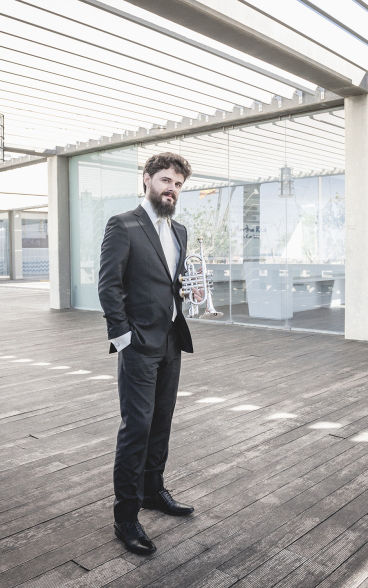 Fábio Luiz São Braz Pepino Da Cunha Brum was born in December of 1981, in Rio de Janeiro, Brazil. Fábio has recently been appointed principal trumpet at the Orquestra Sinfônica Brasileira (Brazil). He lived in Seville (Spain) between 2009 and 2010 where he performed as principal trumpet at the Real Orquesta Sinfónica de Sevilla (Spain) and is a member of the Royal Brass Quintet.

He began, at the age of 8, to study music and trumpet with his grandfather Inácio Pepino. By the age of 9 he made his debut with the Banda Irmãos Pepino. At the age of 12, with the help of João Urbano, he became the principal solo trumpet of the same band in which he was part until he was 15. In Brazil he also studied the trumpet with teachers Naílson Simões, Paulo Mendonça, Nelson Oliveira.  At the age of 16 he went to Louisville, KY (United States) for a High School Exchange Program where he stayed until he was 21 graduating with his Bachelor´s Degree. There he studied with Dr. Michael Tunnell at the University of Louisville. During those years in the United States, Fábio also won the University of Louisville Orchestra Solo Competition, the Louisville Youth Orchestra Solo Competition, received the Outstanding Soloist Prize at the DIxie Classic Concert Performance as well as being the First Chair Trumpeter at the All Collegiate Wind Ensenble (KY) and the All State Orchestra (KY).