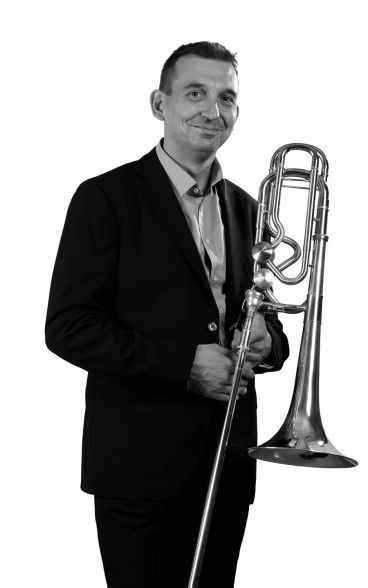 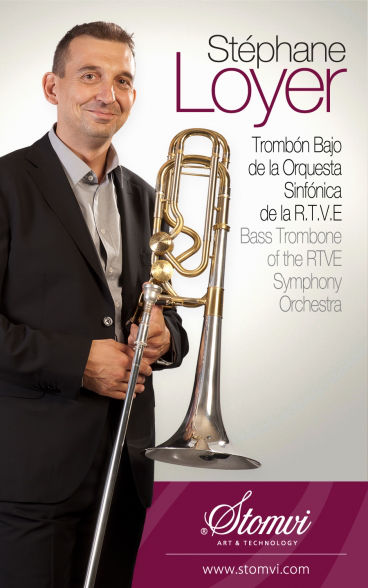 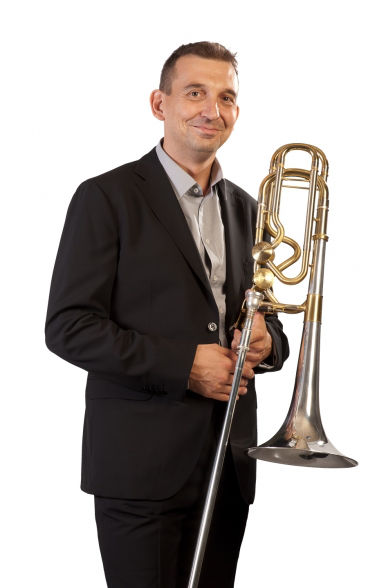 He began studying trombone in Clermont-Ferrand, France, and later he specialized in Bass Trombone in the Municipal Conservatory Nadia et Lili Boulanger and Superior in Paris with Maestro Claude Chevaillier. He won the Third Prize "Lewis Van Haney Philharmonic Prize" organized by the "International Trombone Association" in Minneapolis, USA, and the "Concorso Città di Musica di Asti" in Turin.

In 1994, he obtained the Bass Trombone post in RTVE Symphony Orchestra and continued his training obtaining the Degree of Improvement of the Royal Conservatory of Music in Madrid with Miguel Moreno Guna.

Additionally, he has collaborated with the Orchestra of the National Opera of Paris, Yehudi Menuhin Foundation, des Concerts Lamoureux, Colonne, and Bilbao and Madrid Symphony. He has been a Bass Trombone professor since 1991.

As a soloist, he has performed with the Troyes Municipal Band conducted by Gilles Millière, the Clermont-Ferrand, the Pablo Sarasate Conservatory of Pamplona and Vitoria, with Trombone Ensemble of Clermont-Ferrand and Trombones Choir of RCSMM.

He belonged to the group of metals "Sur Mesure" and he is a founding member of "The Sir Aligator's Company" and Trombone Choir of Madrid "Trobada".