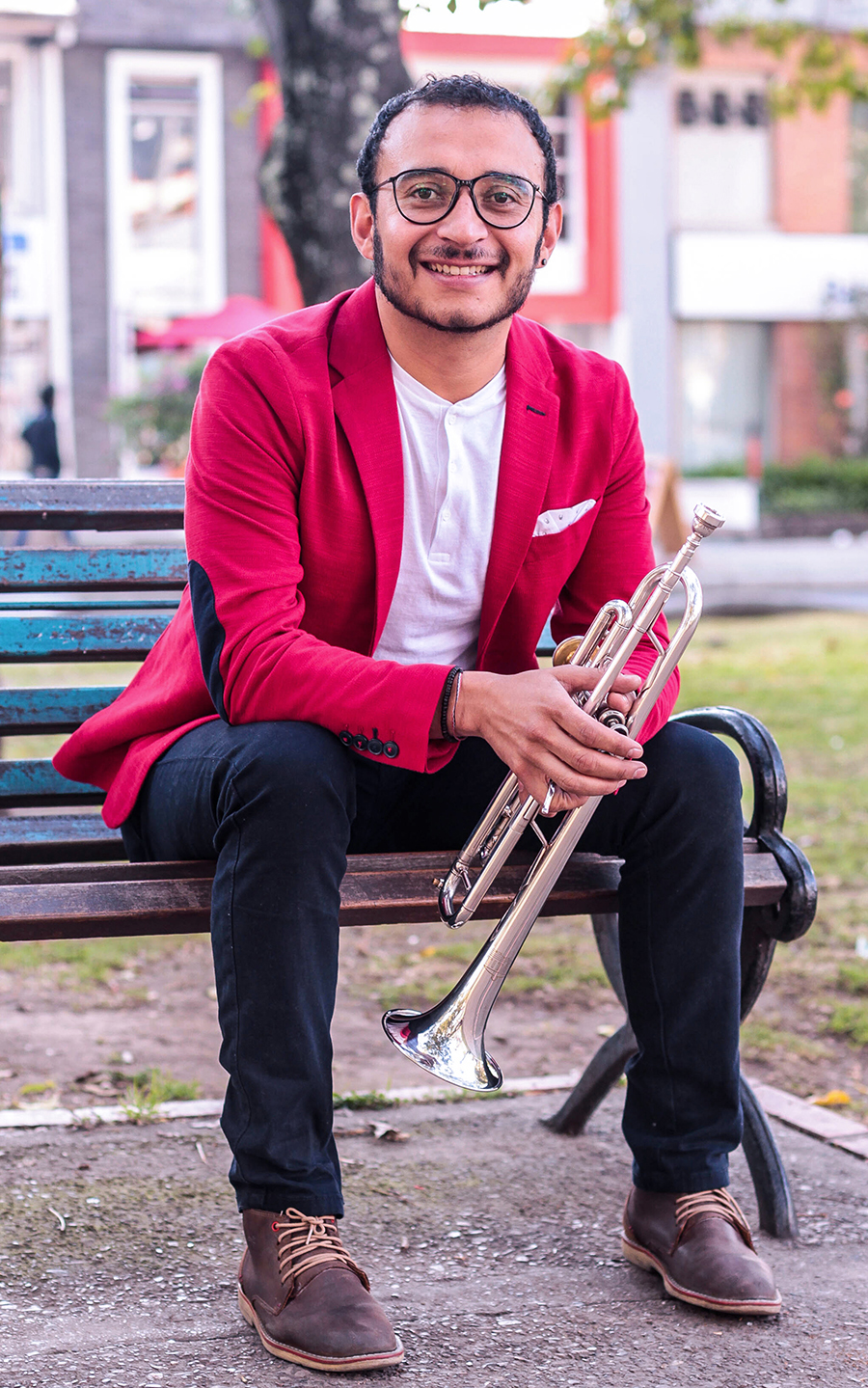 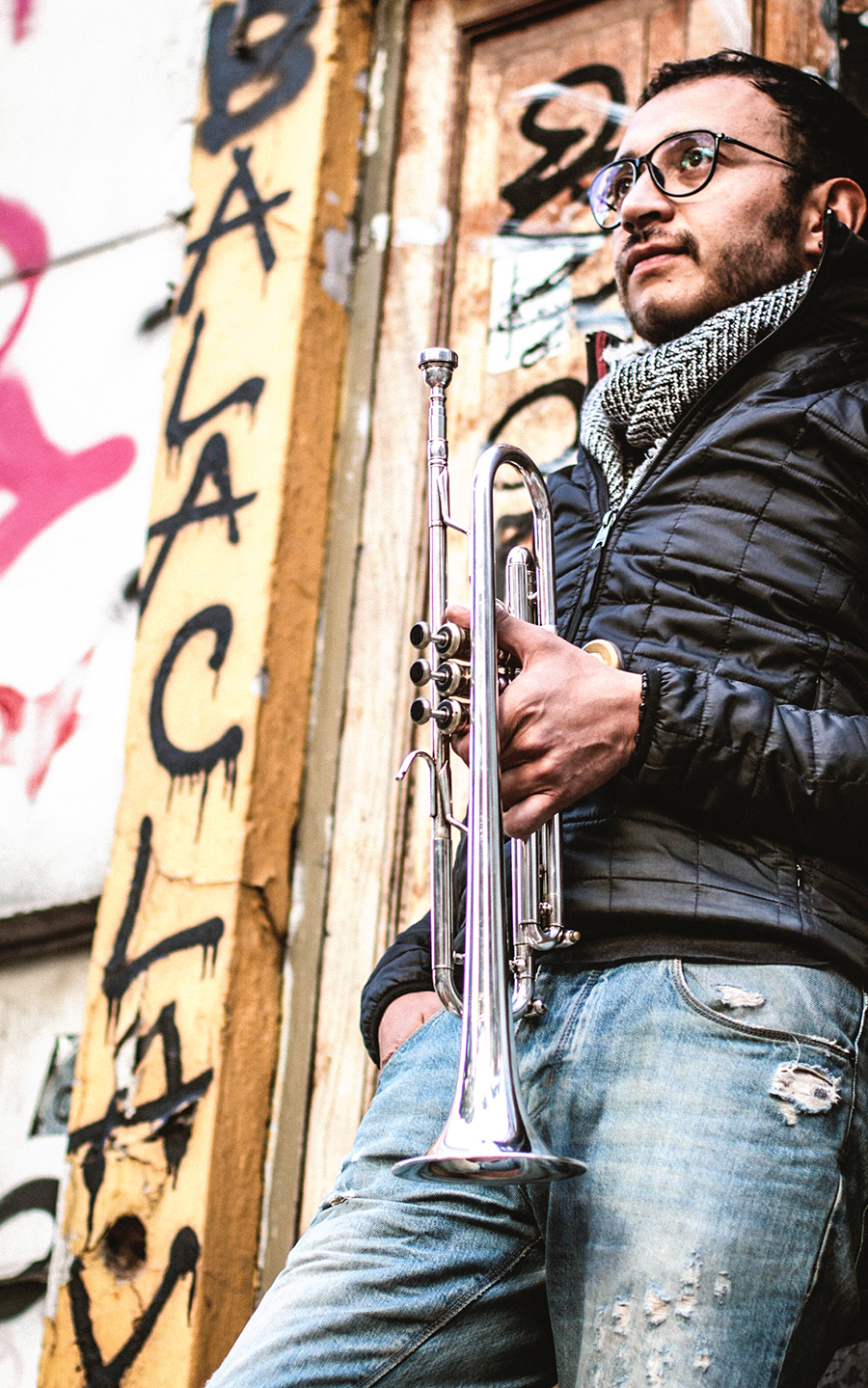 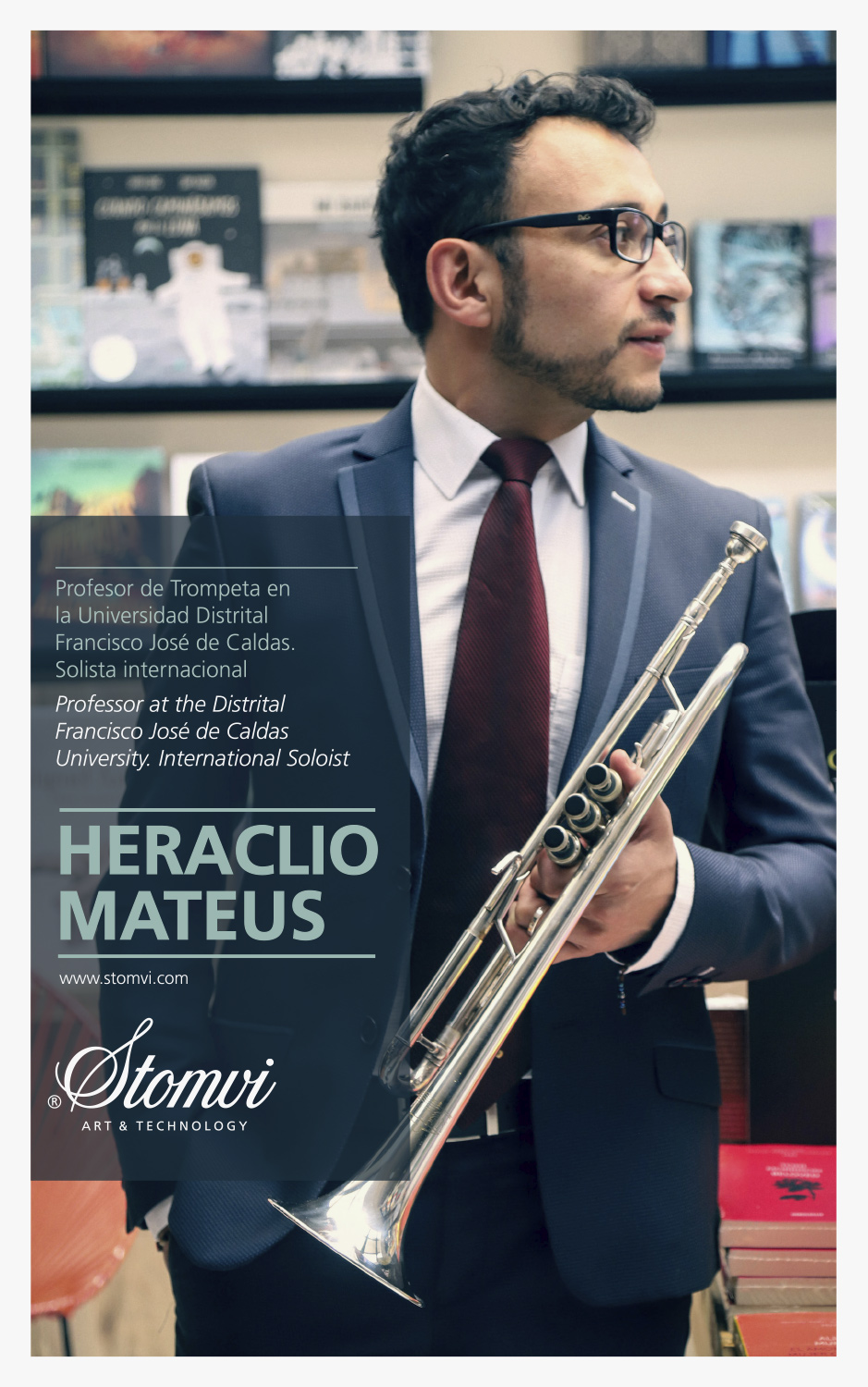 
Trumpet Teacher from the District University “Francisco José de Caldas” – faculty of Arts – ASAB – Bogotá, Colombia. Degree in trumpet interpretation with emphasis on Musical Conduction at the Conservatory of The National University of Colombia. Postgraduate and musical specialisation at the Superior Conservatory of Music of Liceu; and Master’s Degree in Musical Interpretation at the Escola Superior de Musica de Catalunya.

Guest musician invited to participate in several prestigious festivals throughout Colombia and in different countries such as Mexico, Ecuador, Puerto Rico and Spain, among many others.

Besides his current soloist and teaching career, his album "Buenas Influencias" is being finished.

He began his musical studies in 1993 and trumpet in 1994 at the School of Music and Paipa Youth Band under the direction of master Miguel Duarte and then, under the direction of his son Ciro Duarte Rubiano. Afterwards, he obtained the title of Musician Trumpeter emphasizing in Conduction, from the Conservatory of Music at the National University, Colombia, in 2007. The same year 2007, he was awarded a scholarship from Carolina Foundation. Broadening his studies with teachers Luis Gonzalez and Pep Casado, in the Superior Conservatory of Music of Liceu, Barcelona, Spain, where he achieved the Improvement Course and Postgraduate Musical in Trumpet. Along his career as a trumpet player some of his teachers have been Jairo Rodríguez, Lupercio Barbosa, Fernando Parra, Juan Fernando Avendaño, Pep Casado and Luis González.

As an instrumentalist, he has been the main trumpet player for the Bogota Youth Philharmonic Band, Cundinamarca Youth Symphony Band, substitute trumpeter for the National Symphony Orchestra of Colombia, and main trumpeter for the Jaime Manzur Foundation Orchestra and the Lyrical Art Foundation, where he has been part for more than 15 years during the annual seasons of Opera and Zarzuela.

In his career as a professor for more than 12 years, he has taught in Antonio Narino University, Cundinamarca University, besides the District University “Francisco Jose de Caldas”.

Following his growing interest in the trumpet school in Colombia, led him to be the developer organizer and founder of the Stomvi Trumpet Seminar I, II and III in Colombia. In collaboration with the National University of Colombia and Brass Music Festival I; likewise, he has actively participated in the organization of interuniversity Trumpet Contest developed by the District University “Francisco Jose de Caldas” and the first National Trumpet Contest in Ecuador.

One of his best interest is to carry on working towards the development of the Trumpet School in Colombia and Latin America. He strongly believes that conviction and teamwork are the seed to successfully grow values throughout musical education. Heraclio will continue pursuing his passion for education further either as soloist or with his chamber music group to different audiences and cities in the world.