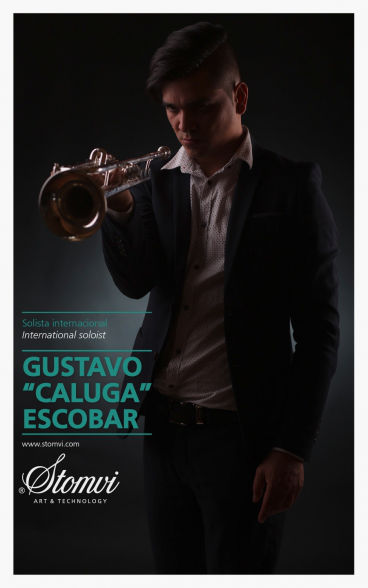 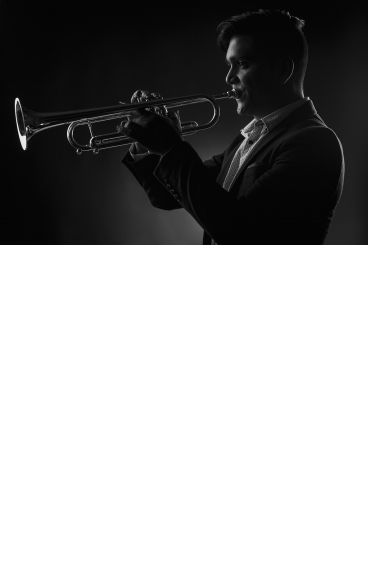 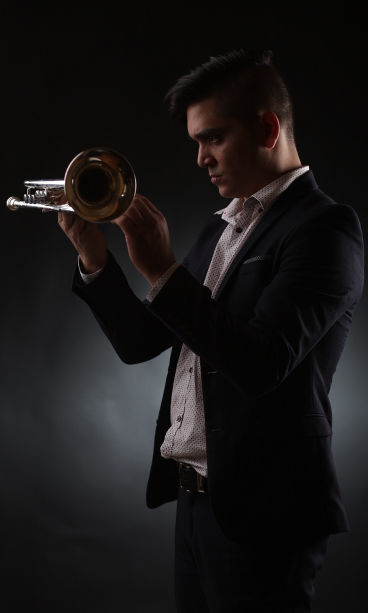 Gustavo "Caluga" Escobar is currently one of the most outstanding musicians in Chile. He was born in Quintero in 1987 and since his childhood he showed great fascination and talent for music. From its beginnings he dazzled with his remarkable musical conditions, which allowed the fast recognition in the different musical environments in which he participated with his trumpet.

At the beginning of his learning, and due to his innate conditions, the progression was self-taught, but soon began to change and followed a formal education, with rigorous classes taught by outstanding teachers. An enriching training that paved the way for this outstanding musician, who over the years and thanks to extensive experience gained in the numerous performances on various stages, have led him to be part of outstanding bands and singers of national and international fame.

This background has undoubtedly led to the trumpeter consolidating a solid and promising career at an early age. In 2014 he was part of the orchestra of the prestigious Viña Festival, where he continues to participate actively; He is currently also part of the orchestra of world-famous singer and actor, Puerto Rican Ricky Martin. A great achievement for any musician from all over the world and especially a pride for Chile to have a representative in those spheres of world music.